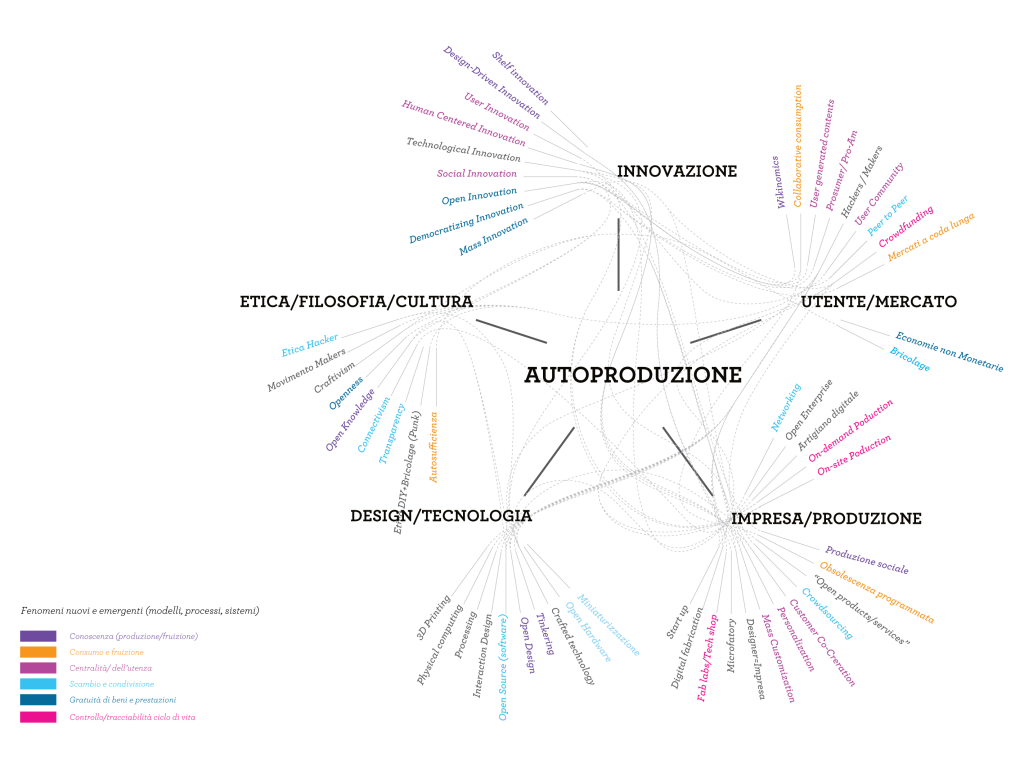 Fifty years ago, the world’s corporate behemoths guarded their inventions jealously. Mighty technology firms such as IBM, Xerox, Hewlett Packard and Bell employed the best brains in their fields, housing them in great R&D labs. World-changing inventions emerged from behind these closed doors, from Xerox’s photocopiers to IBM mainframe computers. The companies retained complete control and ownership of the technology, allowing them to create business models that tied customers to their products and kept rivals away.

These were the days before governments invested money in science and technology education, before the rise of venture capitalists made it possible for researchers to set up their own companies, and before the internet enabled millions of people to collaborate on a mass scale. These developments led to open-source software and social networking – the very opposite of the closed-walled system. In this brave new world, driven by the openness of the internet, the contributing individuals regarded open-source technology as a public good.

Henry Chesbrough, author of Open Innovation, defines the new openness as “the pooling of knowledge for innovative purposes, where the contributors have access to the inputs of others and cannot exert exclusive rights over the resultant innovation”. The best-known example of this is the Linux operating system, founded by Linus Torvalds. In 1991, it consisted of a paltry 10,000 lines of code. Just over a decade later, its core contained six million. Linux is now run on 13% of servers worldwide.

In the early 1990s, the big corporations resisted open-source software, believing – or hoping – that it would die out. Now, companies who used to rely entirely on their own intellectual propery (IP) have joined the open-source party. IBM, Hewlett-Packard and Oracle have embraced Linux OS as part of their business model and helped to fund
the Open Source Development Labs in Portland, Oregon. They have not lost their heads. IBM spotted a double-win:  it has saved hundreds of millions of dollars every year because it no longer needs to maintain and improve its own operating system, and it has built a very healthy business selling complementary hardware and software items around the Linux OS.

Microsoft, once a bastion of closed corporate culture, has announced it will release user-designed Xbox games to its Xbox Live platform this year – a move which could bring open innovation into the wider consciousness. Amateur developers are able to download a ‘toolkit’ from the software giant to use as the basis for their creations. Games are peer-reviewed before being released and a profit-sharing agreement will be put in place.Almost a million toolkits have been downloaded.

The internet has created completely new business models, such as MySpace and Wikipedia, based on open collaboration. But will the concept be adopted by other industries? Some have their doubts, but in a California Management Review article, Chesbrough and co-author Melissa Appleyard wrote: “While we do not wish to suggest that this open approach will migrate to every industry, its emergence is more broad than might be initially realised. As communication costs continue to plummet, facilitating open innovation and coordination, it is likely that further open initiatives will take root in more industries around the world.”

Opening up to growth

In 2000, Procter & Gamble’s stock tumbled from $118 per share to $52. Part of the reason for this was the company’s inability to come up with the number of innovations necessary to enable it to grow organically at a rate of 4-6% per year. In 2006, Larry Huston, then vice president for innovation at P&G, said: “For generations, P&G created most of its phenomenal growth by innovating from within – building global research facilities and hiring and holding on to the best talent in the world. That worked well when we were a $25 billion company; today, we’re an almost $70 billion company.”

During the period of reflection which followed, Huston says, P&G discovered that important innovation was increasingly being done at smaller, entrepreneurial companies. Universities and government labs were becoming more interested in partnerships which might monetise their research. Even individuals were keen to sell or license their IP. At this point, P&G’s newly appointed CEO, A.G. Lafley, challenged the company to get half its new ideas from external sources – a radical departure. Huston did the sums: he calculated that the company employed 7,500 researchers but through an open system could tap into a further estimated pool of 1.5 million people.

P&G now looks for ideas through several channels, bringing in experience and new ways of thinking from other organisations and industries. There is a network of senior company scouts who look for ideas across the world, developing networks with universities and technology entrepreneurs who comb scientific literature and data sources and check out shop shelves and trade fairs. Other channels include suppliers, who are briefed over shared secure IT platforms, and open networks, which can connect companies to particular expertise. These networks include NineSigma (non-confidential proposals for broader briefs), InnoCentive (more narrowly defined problems) and YourEncore (connecting leading retired scientists and engineers with client businesses).

‘Having a patent and sitting on it, or engineering it slowly, is not a recipe for success’
Andrew Webster, head of Microsoft Research Labs Cambridge

Results have been impressive. The company has had problems solved by a graduate student in Spain, a freelance chemistry consultant in the US and an agricultural chemist in Italy. About a third of the problems posted on InnoCentive have been solved. R&D productivity has increased by almost 60%, and 45% of initiatives in product development have key elements that were discovered externally. The innovation success rate has more than doubled, while the cost of R&D investment has fallen from 4.8% of total sales in 2000 to 3.4% in 2006.

Procter & Gamble has also found an extremely lucrative business in selling licences. In the late 1990s, it was spending $1.5 billion on R&D and generating tens of thousands of patents, but it was using less than 10% of them for its own products. Shelving new technology was standard practice in the large labs of yesteryear. Today, websites such as Yet2.com connect companies offering to license their patents with likely buyers. According to Don Tapscott and Anthony D. Williams, authors of Wikinomics: How Mass Collaboration Changes Everything, there is $10bn worth of technology on Yet2.com at any given time.

Through this site, for example, P&G found a small firm called Corium, which wanted to use P&G’s transdermal drug-delivery technology (similar to a nicotine patch). Corium, which specialises in drug-delivery systems, is now due to launch a product. Tapscott and Williams say that other firms are finding this aspect of open innovation lucrative: “IBM, in particular, makes most of its IP available on a non-exclusive basis to partners and competitors equally. As compensation, it rakes in more than $1billion in licensing revenues annually.”

From NIH to PFE

Learning when to give up control and negotiate new deals is part and parcel of the new world of open innovation. Jeff Weedman, vice president of external business development at Procter & Gamble, explains: “At P&G, we are firm believers in, and supporters of, a very robust patenting process. The question really is more appropriately focused on what do you do with those patents? People talk about losing control, but actually we see the patent system as very empowering because it allows us to use other people’s patents and know-how to power our innovations.”

Patents can’t be shelved for years as they used to be, says Weedman. Sooner or later, someone will come up with an alternative. Andrew Webster, head of Microsoft Research Labs Cambridge, agrees: “Having a patent and sitting on it, or engineering it slowly, is not a recipe for being successful. You have to come to market quickly.”

Weedman likes to joke that it was P&G which invented ‘Not Invented Here,’ the stubborn view that no idea from outside the company could be good enough. P&G wasn’t alone in this belief. Take Sony, for example. In the 1980s, the inventor of the Walkman and PlayStation was rather pleased with itself – so pleased it didn’t take notice of some new ideas bubbling up outside, such as the Xbox and the iPod, which matured a decade later. It has paid dearly for this myopia. At P&G, the new motto of ‘Proudly Found Elsewhere’ reflects how much the company has changed.

Ideas are also being channelled through innovation capitalists (ICs),  individuals with specialist knowledge and contacts. They can be employed by a company to find a raw idea and help the inventor develop it (usually for a share of the equity of the inventor’s company) so it’s halfway towards being market-ready when it’s bought or licensed to another company.

‘IBM makes most of its IP available on a non-exclusive basis… and rakes in $1bn in licences’
Don Tapscott & Andrew D. Williams, authors, Wikinomics

And customer-led innovation has moved from being a gimmick to playing an integral role in many companies’ marketing plans.

Eric von Hippel, head of MIT’s Innovation and Entrepreneurship Group and author of Democratizing Innovation, believes that 10-40% of consumers have engaged in some form of open innovation, and the public has become well-versed in the process: “Individual users can sometimes be more inclined to innovate than one might expect, because they value the process of innovating as well as the novel product or service that is created.”

While it is easy to get excited about the potential of open innovation, no one can be sure how much control companies will give up to gain the benefits of collaboration. As Professor Julian Birkinshaw, chair of strategic and international management at the London Business School, says: “You’ve got a fairly simple spectrum, with closed innovation at one end and open source at the other. For companies to create a business model, they need to position themselves somewhere on the spectrum, but not at the extreme, where they would have to give away their technology.”

Sun Microsystems knows this well. It came under pressure to make its Java programming language open to everyone. Unable to control the use of Java, the company agreed, hoping it would find new revenue streams in providing new services. But without a clear business model, Sun still hasn’t fully recovered.

Its decision to open Java was good for society but bad for its shareholders, says Birkinshaw. “You have this fundamental dilemma: on the one hand, you are trying to create open relationships with partners that involve trust, but on the other hand you know that to exploit your intellectual assets, you will have to find ways to protect them.” Companies need to make sure the choices they make about innovation processes are consistent with both principles.

Openness has now started to spread to other sectors. The pharmaceutical company Merck has published corporate-funded university research identifying genetic markers (DNA sequences) in the Merck Gene Index, which is open to all via the internet. Tapscott and Williams believe this makes it harder for small biotech firms to get in first and patent their own markers. Merck knows its advantage is its ability to scale-up a new product and get it to market, so it can afford to give up control of information it might have once considered sacrosanct. Chesbrough says these innovation strategies will become more common.

Opening up is not easy for managers trained in the closed and protective methods of the past. Dr Satish Nambisan, a former Unilever executive, believes there is a ‘capability gap’ in many boardrooms – but once companies are more familiar with the processes, open innovation will flourish. “Then it will be much less hype and more something companies can really value.” P&G‘s Weedman is in little doubt the change has been beneficial: “We’ve been able to become much more efficient by maintaining our own expertise and augmenting it with the capabilities of other companies, scientists and designers. It boils down to the question: Do you want to play in your own backyard, or do you want to play with the best and brightest around the globe?” It is a question many more companies will be ask themselves in the near future.